The body is a network of moving parts that evolved to provide us with tools to remain safe and healthy. When you hear one of the most repeated phrases in psychology it bears weight; who we are, relies on nature vs. nurture. During the last post, I discussed the neurosequential effects on the body depending on what environmental stressful trigger occurred during what period of development. This was an explanation of “nurture” (how one is raised) and also “nature”, (what genetic predispositions are coded in one’s DNA). 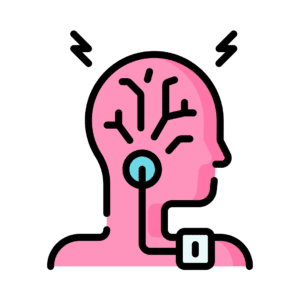 Today I will talk about how our “body keeps the score.” Dr. Bessel Van der Kolk famously penned the book discussing the effects trauma has on various physiological systems of the body. One important system in our body that can be repaired after trauma through therapy is the Autonomic Nervous System. The ANS is in charge of our basic needs for safety. There are 3 components: the dorsal vagal nerve which is in charge of helping us shut down when we sense danger, our parasympathetic system that is in charge of our fight/flight response through hormone excretion, and the ventral vagal nerve which allows us to express our emotions freely and calm down when no threats are recognized.

What happens when one trauma creates a dorsal vagal and sympathetic response and is associated with danger? Sensitization. Sensitization is when one gains a hyper-awareness of certain stimuli that can remind the body of a previous traumatic and dangerous experience. During a famous study in 1920, later referred to as “The Little Albert Experiment” by Dr. J. B. Watson, an infant is shown a variety of fuzzy creatures which fascinate him and exhibit from him a positive response. Dr. Watson then showed a white mouse, that Albert previously enjoyed, but played a loud noise that made him cry and engrained in his brain; white rat equals fear. When removing the noise and showing the mouse, Albert’s brain associated it with danger and he began to cry. Interestingly, Albert continued to have this negative response when given stimuli like fuzzy animals like white rabbits, or dogs. What can we infer from this? Perhaps that now Albert was sensitized to expect all fuzzy creatures to be scary.

This is true with humans who go through scary events which physiologically follow them for the majority of their life. Have you ever met someone attacked by a dog as a child who now as an adult is terrified of them? Doesn’t matter if it’s a Doberman or Chihuahua, to them they’re equally as scary. Thanks to our dorsal vagal response, and our sympathetic nervous response, they created this hyper-awareness because of the danger they experienced earlier in life. When it becomes troublesome is when this sensitization then affects life quality. What if this person was then afraid to leave their home out of fear they would be attacked? What if they refused to turn on their TV because a dog may pop up? Or what if they couldn’t even hear Snoop Dogg because it brought back that association? This is when therapeutic help becomes a tool on the pathway to healing.

Various therapeutic methods exist in this field to help reprogram the connection between our dorsal vagal nerve, our amygdala, and our rational brain to communicate better. When we can repair this connection, it becomes easier to rationalize that a dog attacked you 15 years ago, but this dog attack is highly unlikely to happen again; that seeing a dog on a screen isn’t an imminent danger. Ways of repairing this can be through practice with mindfulness, reframing cognitive distortions, or through music or art therapy. A path to alleviate some symptoms of mental illness as a consequence of nature vs. nurture is possible as trauma doesn’t have to be permanent. 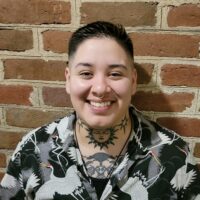 October is National Bullying Prevention Month Give Thanks

The Importance of Diaphragmatic Breathing